In this post we will setup and use Visual Studio Code as Java IDE.

I’m a JetBrains user for long years, I love their products. I use IntelliJ as my default IDE for long time. I also love Visual Studio Code, I use it as my default text editor and my first-go editor for small scripts in NodeJS, Python etc…

What we will cover here, in this tutorial:

stop talking, show me how

Before download and install Visual Studio Code, let’s prepare our computer with all the necessary tools which are, Java JDK. VSCode support specific Java JDKs, so before starting, make sure you have one of the following Java JDKs installed:

Defining JAVA_HOME ON MAC and LINUX

In Mac and Linux, just hit the Terminal and check if the following command return the JDK home location:

If it is configured probably, then you should see something as below:

If running the command above did not return any result, then you need to configure it manually by running the following command:

Where the INSTALLED_JAVA_LOCATION is the path where you installed your Java JDK. You can configure JAVA_HOME to automatically be configured by adding the line above to your .bash_profile file:

And paste the export command at the end of the file, and now, each time you restart your computer, the JAVA_HOME will be configured automatically.

In Windows, to define environment variable, you need to go to the Window.

Hit the Windows Home and start typing in the search box the work environment. In the results, press the Edit the system environment variables:

Then, in the System Properties window, press the Environment Variables button:

In the new window that will open, under the User Variables section, click the New button and there, in the Variable name enter JAVA_HOME and as the Variable value, enter the location where you installed the JDK:

Now, if you go to the Command Line, and type the following command, you should get your JAVA_HOME location:

Downloading and installing Visual Studio Code is straightforward, just got the https://code.visualstudio.com site and download the latest version for your OS.

After downloading it, click the setup file and follow the steps in your OS. Then run VSCode:

In this tutorial I’m not going to learn you how to use VS Code, if you want to learn more about VSCode, go to the following resources to learn how to take the most of it:

One thing that you should know is the combination of ⇧⌘P (or, Ctrl+Shift+P in Windows).

This key combination will open the Command Palette which there you can run all of the commands you want, from adding multi-cursors to creating new Spring Boot applications (after installing the relevant extensions).

As an example, typing :23 will jump the cursor to line 23 in the opened file, writing ext will open the extensions window where you can install extensions and so on.

If you are new to VS Code, then the following Getting Started tutorials will help you getting around:

Then you need to install the following extensions:

Define JAVA_HOME in VS Code

Working with Java in VS Code

After installing the extensions above, we are now ready to start developing in Java in VS Code, first, let’s try to open an existing Java project, as the Reactive REST API we wrote in a previous tutorial. Just go to File – Open and open the folder where the code is found, then VS Code will automatically identify the opened project as Java-based project and it will load the Java Overview page.

Now, let’s talk a look at our new Java IDE, first, let’s open a Java file. We will open the unit tests file ProductControllerTest.java. Click ⌘P (CTRL+P on Windows) and type PrConTes then press enter on the filename:

This will open the Java file in the Editor. Now, in the left side of the screen, in the Explorer area, we have 6 sections:

The Open Editors section will show you the opened files in your Editor while the reactive-rest-api is the opened folder with the directories structure and the files in each folder:

The Outline section is where you can see the structure of the Java class, the methods, the fields, … and you can jump to a method definition by clicking on the method name. Another way to jump to methods and fields is by using the Goto by Symbol by pressing ⇧⌘P then delete the > and type @ then choose the method you want to jump to it or, type to go to a symbol by its category:

In this window, pressing up and down keys will jump the cursor to the method/field automatically.

The next section of the Explorer, is the Java Dependencies, is similar to the project view in IntelliJ or Eclipse. Here, you will see a flat package representation of the project:

Then you will view the package in a Hierarchical view:

The last section is the Spring-Boot Dashboard, where you will see your spring boot application and you can start your application or run it in debug mode:

In th editor, you can do what you are doing in all the IDEs in daily basis, as going to definition, renaming etc…:

In the Peek Window, you can scroll in the class, make fast changes and then click Esc to close it.

Visual Studio Code has good support to test classes (JUnit, Integration and so on…). You may already saw in the Editor after you opened the ProductControllerTest.java class that above the class and above each test there are two actions, Run Test and Debug Test. Clicking on each one will run the test in run mode or debug mode respectivily. After running the test, a green V or red X will should near of this links to indicate the status of the test, passed or failed:

Click on the green V or red X to open the tests results:

You can also see all the tests in the project and run all of them at once by going to the Test Explorer window in the left side:

There, you will see all of your test files and you can run all of them at once:

Then, choose the language (as Java) and press Enter:

Enter the group id as dev.iseif:

After that, specify the artifact id, as in my case, I typed vscode-demo:

Then, choose the Spring Boot version you wish to use:

In my case, I selected 6 dependencies for example:

The next last step, is to choose the directory where you want to generate the project. Go to the folder you want to put your project files and press Generate into this folder button:

Now, VS Code will generate the application files and in the end, a pop-up notification will appear in the left asking you if you want to open the new generated project:

Click Open and the new project will be opened in VS Code.

Now, let’s create a model and a controller before running the project. Open the source folder and create a new folder called model and there, create a new java file called Message.java – in this file, start writing class and choose the class template to generate a new class:

Now, a new class skeleton is created, add the following code to create the Message class:

Notice the autocomplete, for example, if you start typing the annotation @AllAC then VS Code will suggest you add the @AllArgsConstructor and will automatically add the import statement for you.

In the HelloController.java file, add the following code:

Now, let’s ask Maven to P our application. You can do this in two ways, first, in the Maven Projects view in the left side. Select the project and right click with the mouse to open the menu:

Or, using the ⇧⌘P (CTRL+SHIFT+P in Windows). There, start writing Maven and choose Maven: Execute commands:

Then choose the project name and in the last window, choose which command(s) you want to run, for example, choose Package:

Then the package process will start in the terminal:

And the application will start:

Now, open the Postman for example and run GET rest command on localhost:8080/api/hello:

That’s it! We are done. You can stop or restart the application in the run menu in the top of the VS Code window:

Below is a list of recommended extensions that you can install in VS Code that will improve your day-to-day work: 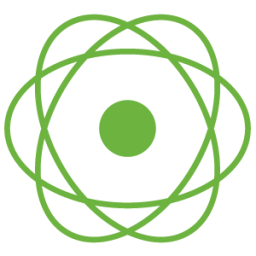 Reactor is a library, by the Pivotal Open Source team, which is an implementation of the Reactive Streams Specification, bringing…

In this tutorial, we will build a reactive non-blocking web stack using Spring Boot 2, Spring WebFlux, and MongoDB. The…